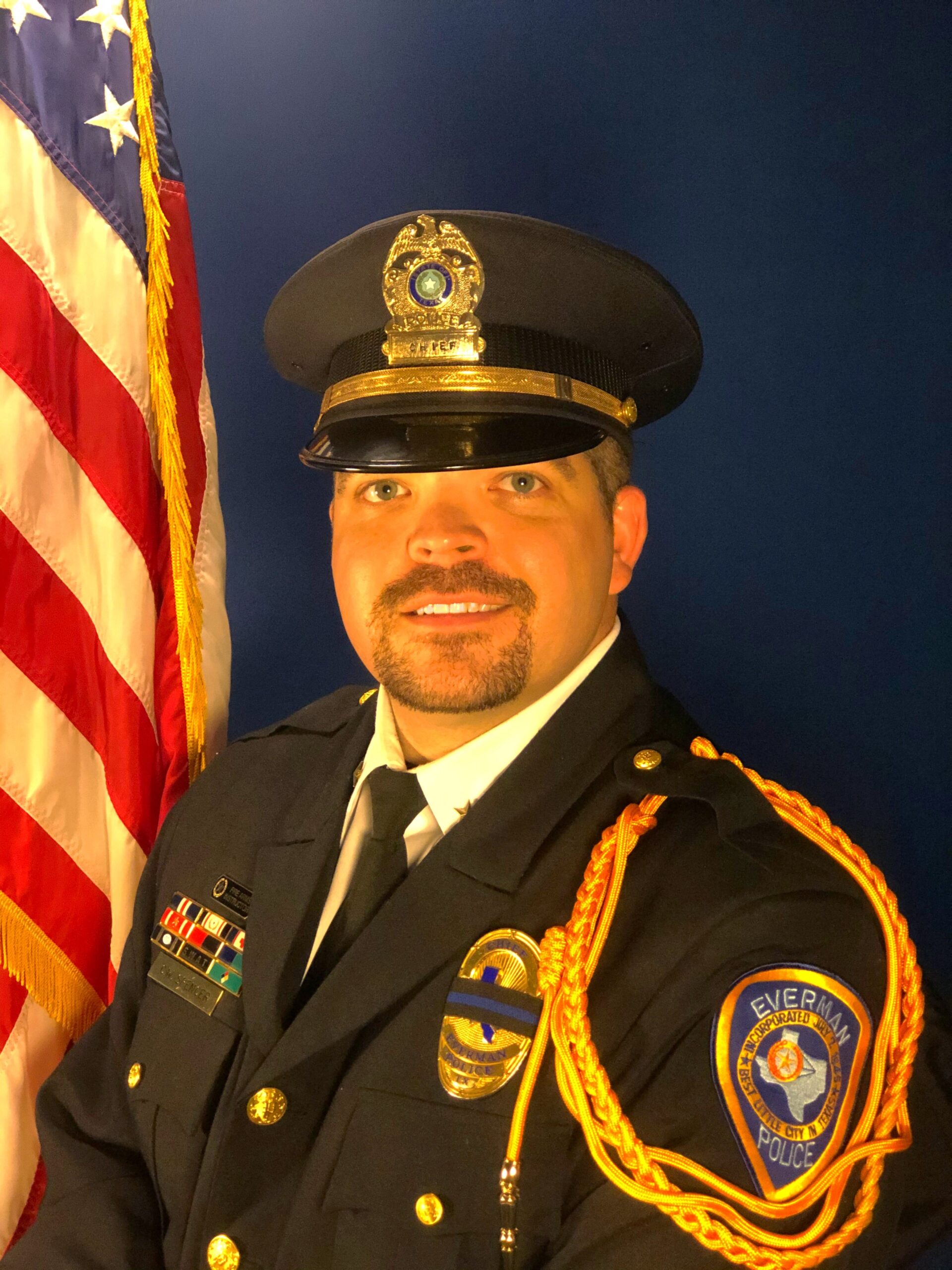 Chief Sanders always believed in working for and being part of the community. As many of you already know, Chief Sanders has been a part of this community for over 47 years, serving as a firefighter, police officer and ultimately the Director of Emergency Services. I have been blessed with the opportunity to work under Chief Sanders for the last six years and will continue to value his leadership, unique humor and friendship for many years to come. With the retirement of Chief Sanders, I have been asked to serve as the Director of Emergency Services. I want to share with you a little bit about myself and the vision I have for our Police, Fire and Emergency Medical Services Departments.

In 2003, I graduated from High School in Euless, TX with honors and was accepted to Sul Ross State University in Alpine, Texas. There, I immediately began my career in emergency services with the Alpine Fire Department and West Texas Ambulance Service. In 2007, I attended the Sul Ross State University Law Enforcement Academy. Upon completion of the academy, I immediately began working for the Alpine Police Department. In July 2008, I took the opportunity of advancing my career with the Brewster County Sheriff’s Office. While there, I served as a Patrol Deputy assigned with such tasks as special investigations, narcotics interdiction, K9 handler and ultimately assigned to the HIDTA D.E.A. Task Force. While serving as a Deputy Sheriff, I maintained my status with the Alpine Fire Department ultimately being assigned as a Captain Firefighter. During my service in Alpine, I served on the Emergency Management Response board and was responsible for responding to and mitigating several large scale emergency incidents. In 2011, I completed my studies with Sul Ross State University in Criminal Justice as well as Business Administration and decided it was time to move back home. In October of 2011, is when I was blessed with the opportunity of meeting Chief Randy Sanders.  I was accepted onto the Everman Volunteer Fire Department and later employed by Chief Sanders as a Patrol Officer. I knew then, that I wanted to make Everman my home. Throughout the last several years, I have had the opportunity to serve as a Lieutenant with the Fire Department and Patrol Sergeant and Training Coordinator with the Police Department. In September of 2016, God also blessed me with the opportunity of marrying my beautiful and amazing wife.

I have a passion for small communities and truly feel that Everman is the “Best Little City in Texas”. I believe firmly in community policing as well as procedural justice. I believe that close relationships with the community are the key to providing a safe community for our residents and guests. I have an absolutely amazing team of Officers, Firefighters and Emergency Medical staff, who are always willing to not only respond to your needs, but serve the community as a whole. I would like to encourage everyone to stay up to date with our Police Department, Fire Department and events among the community by following us on Facebook.  I look forward to growing with the community and finding new ways to better serve you.